Article 46 of Part IV (“Directive Principles of State Policy”) of the Constitution enjoins upon the State to promote with special care the educational and economic interests of the weaker sections of the people, in particular, of the Scheduled Castes and the Scheduled Tribes. Article 38(2) of the same Part also enjoins upon the State to minimize inequities in income and to endeavor to eliminate inequalities in status, facilities and opportunities, not only amongst individuals but also amongst groups of people residing in different areas or engaged in different vocations.

Objectives of the scheme are:

Scholarship under the Scheme will be available for studies in India only and will be awarded by the Government of the State/Union Territory to which the applicant belongs i.e. where she/he is domiciled.

Scholarships will be paid to the students whose parents/guardians’ income from all sources does not exceed Rs. 2,00,000/- (Rupees two lakh only) per annum.

NOTE 1: So long as either of the parents is alive, only income of the parents, as the case may be, from all sources has to be taken into account only and of no other member even though they may be earning. In the form of income declaration, income is to be declared on this basis. Only in the case where both the parents have died, the income of the guardian who is supporting the student in his/her studies has to be taken. Such students whose parent’s income is affected due to unfortunate death of one of earning parents and resultantly comes within the income ceiling prescribed under the scheme, shall become eligible for scholarship, subject to their fulfilling other conditions of eligibility, from the month in which such sad incidence takes place. Applications for scholarships from such students can be considered even after lapse of last date of receipt of applications, on compassionate grounds.

NOTE 2: House rent allowance received by the parents of a student shall be exempted from the computation of ‘income’ if the same has been permitted to be exempted for the purpose of Income tax.

NOTE 3: Income certificate is required to be taken once only i.e. at the time of admission to courses which are continuing for more than one year.

The value of scholarship includes the following for complete duration of the course:-

Duration And Renewal Of Awards

Conditions For Continuation Of The Award

Publicity Of The Scheme & Inviting Applications

Mode Of Disbursal Of Scholarship

Transfer Of Committed Liability To States/Uts

As per the existing practice, committed liability in such Schemes gets transferred to the States/UTs during the first year of the succeeding plan period. Since this Scheme is proposed introduced w.e.f. 01.07.2012, committed liability would be transferred, for the first time, to State Governments/UT Administrations at the end of XII Five Year Plan i.e. w.e.f. 01.04.2017.

Procedure For Claiming And Release Of Central Assistance

State Governments and Union Territory Administrations implementing the scheme will:

Change In The Provisions Of The Scheme

The provisions of this Scheme can be changed at anytime at the discretion of the Government of India. 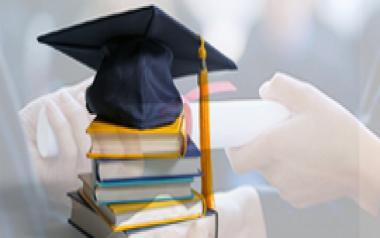